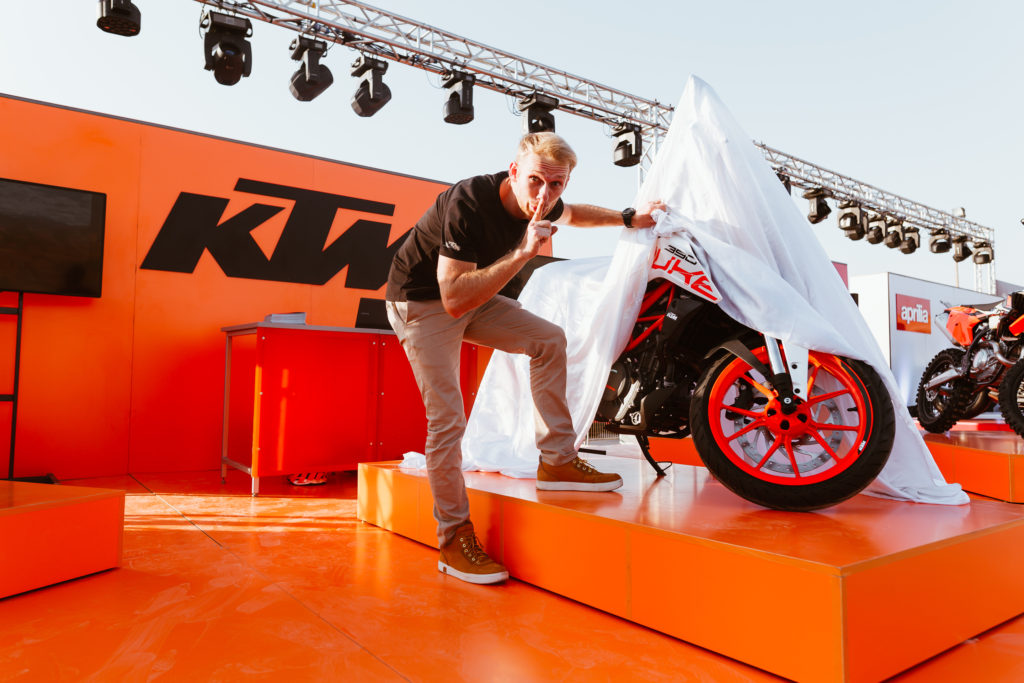 No, I’m not talking about Christmas 😛 It’s the time when I come home from the summer tours and shows, expecting to have some time for myself…

This is why I thought it would be the perfect time to share with you one of my favorite summer trips. To bring back some sunshine, even if it is only on the page. 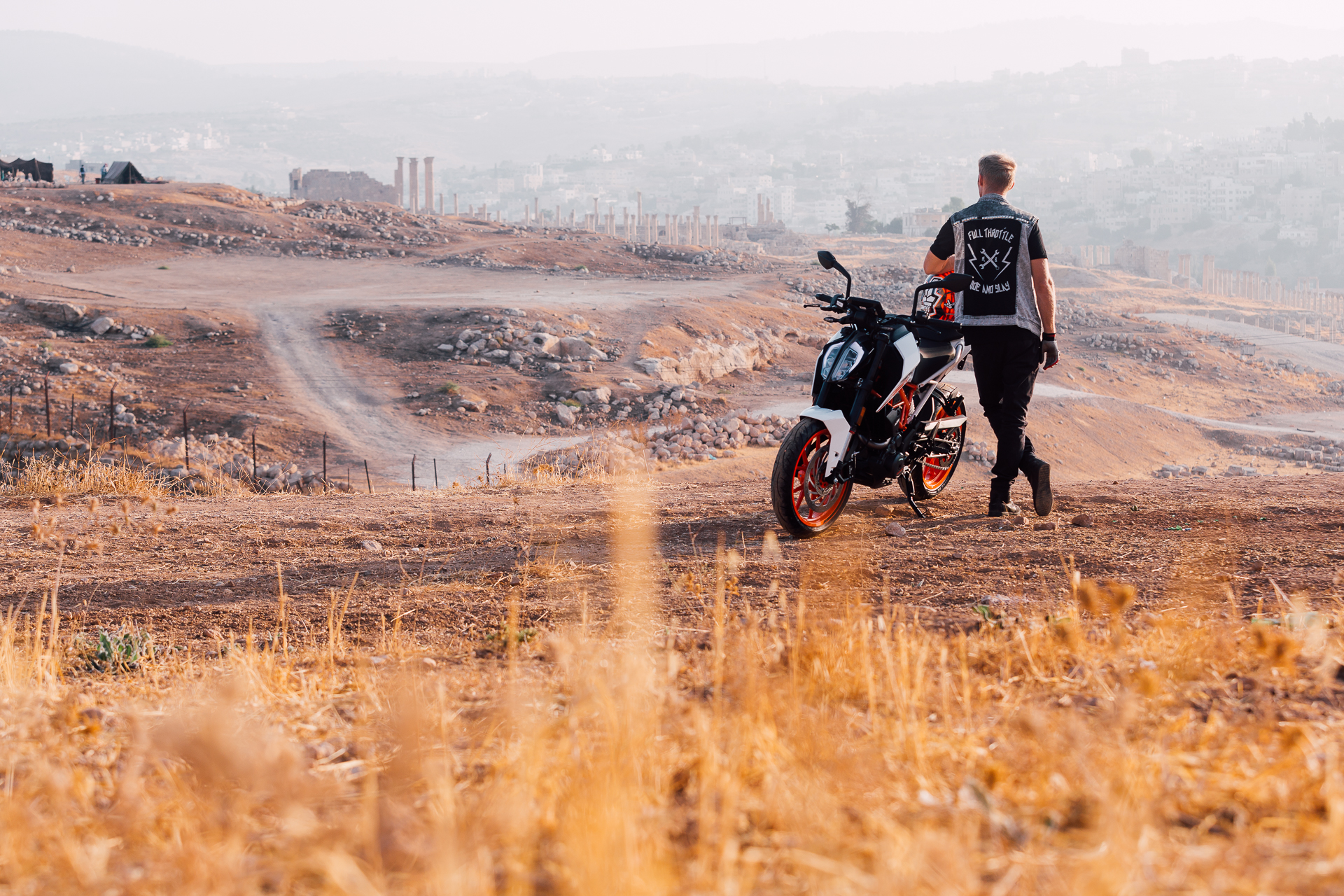 The other part of Jordan

I have visited the middle east a few times already, this trip to Jordan was my third. Although I have been here before, this time was different. This time I planned in a short vacation with my girlfriend, so I could finally see this amazing country from another angle. From the eyes of a tourist!

We were invited to Jordan for the Duke launch,  to make a show at the Motor Fest 2017 in Amman  and promote the new Duke! We have shipped my Duke 690 a few weeks before on a plane and it arrived on time! 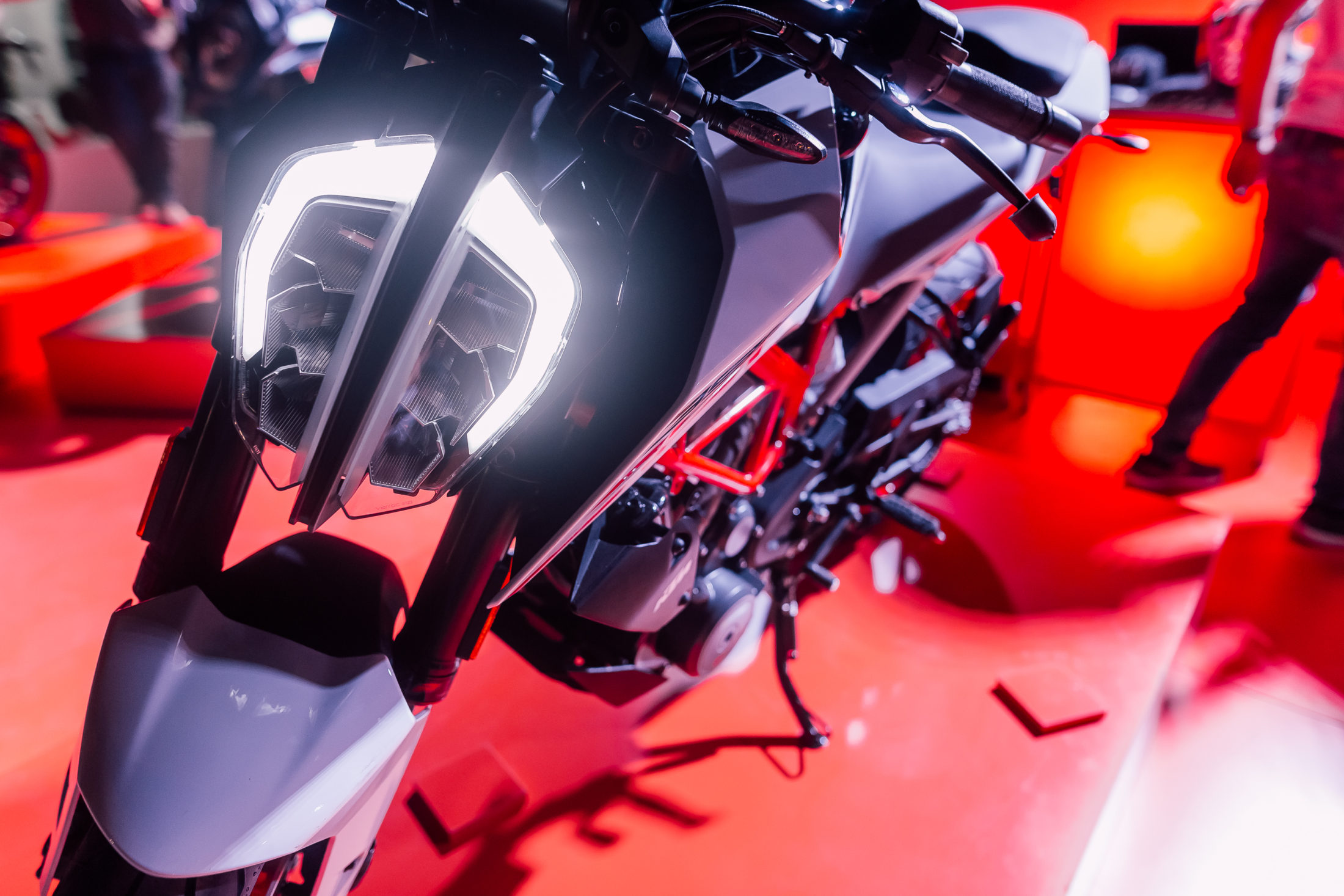 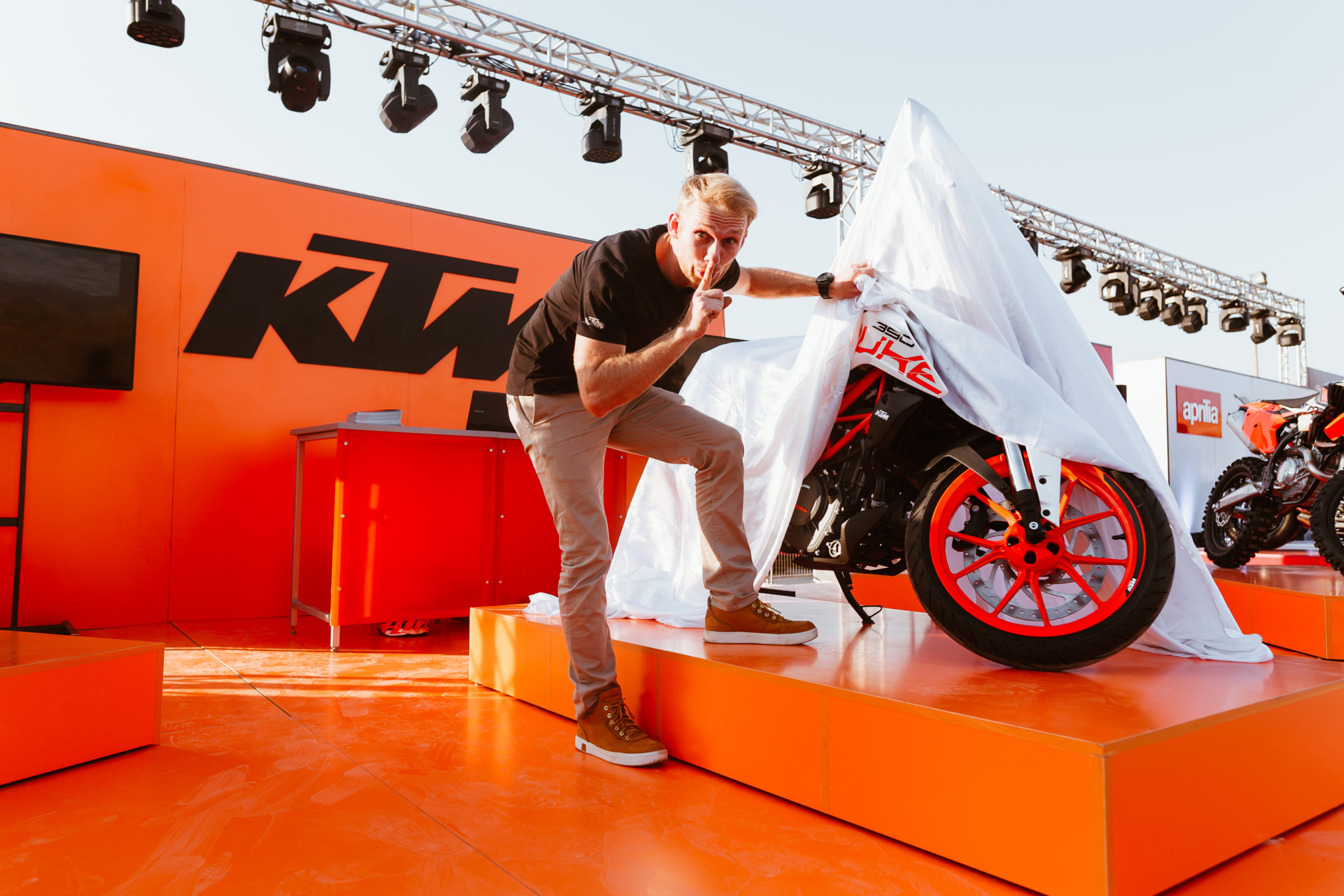 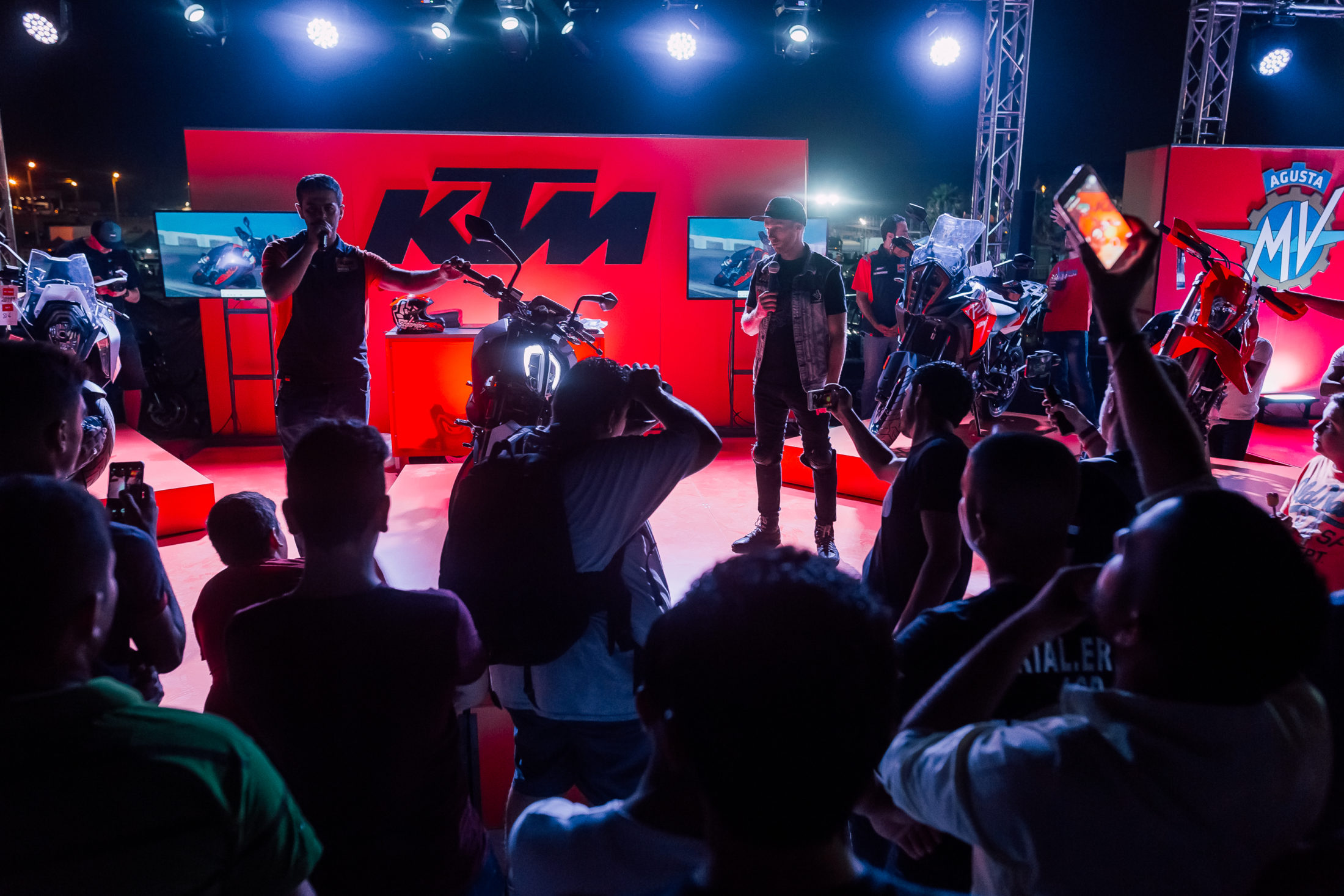 I have done some shows in some pretty serious heat before. But this one… Man!

The event was nicely organized, but the heat was just too much, even for the locals which meant there weren’t a lot of visitors.  Since a car drift competition took place as well, my shows were postponed to the evening! 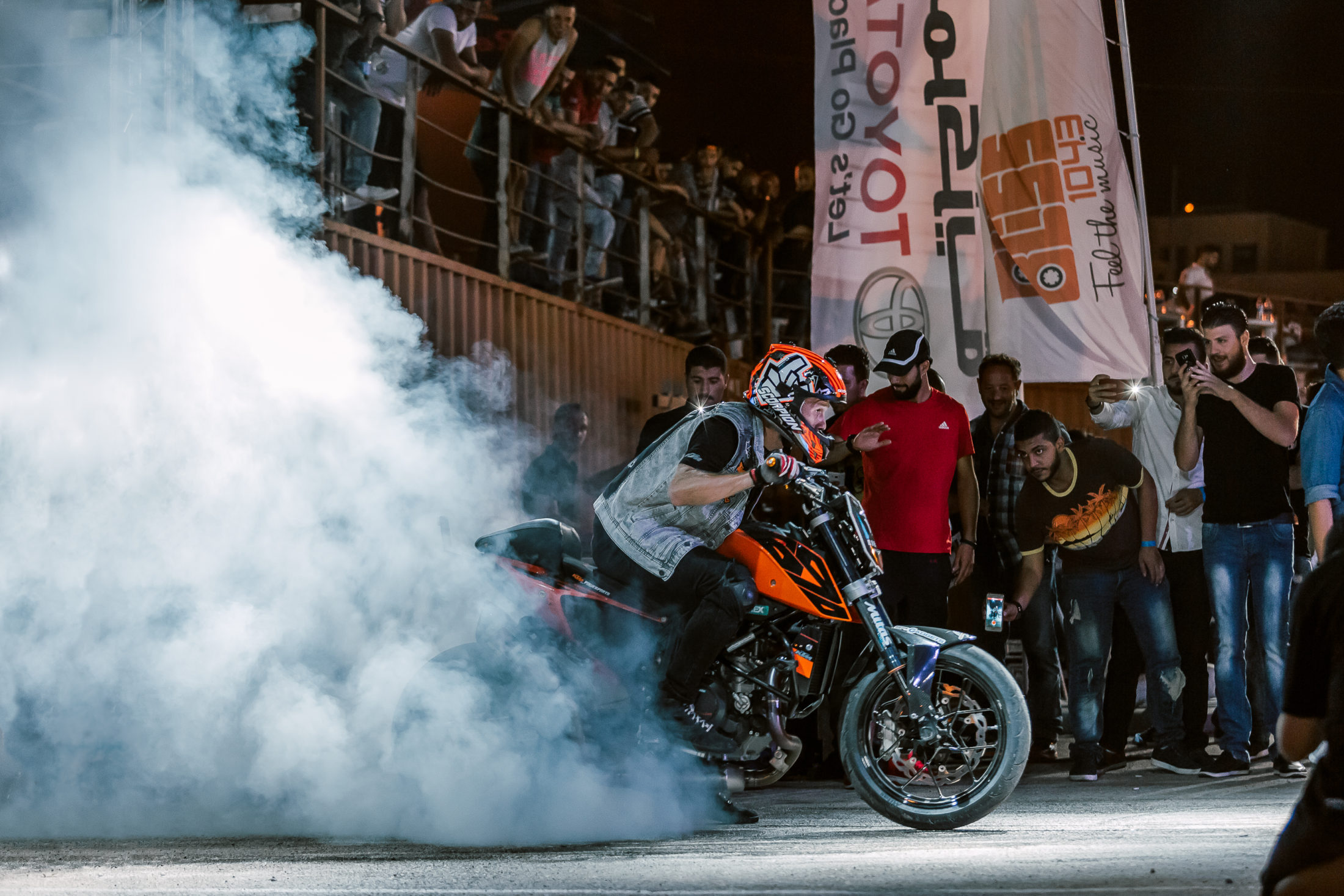 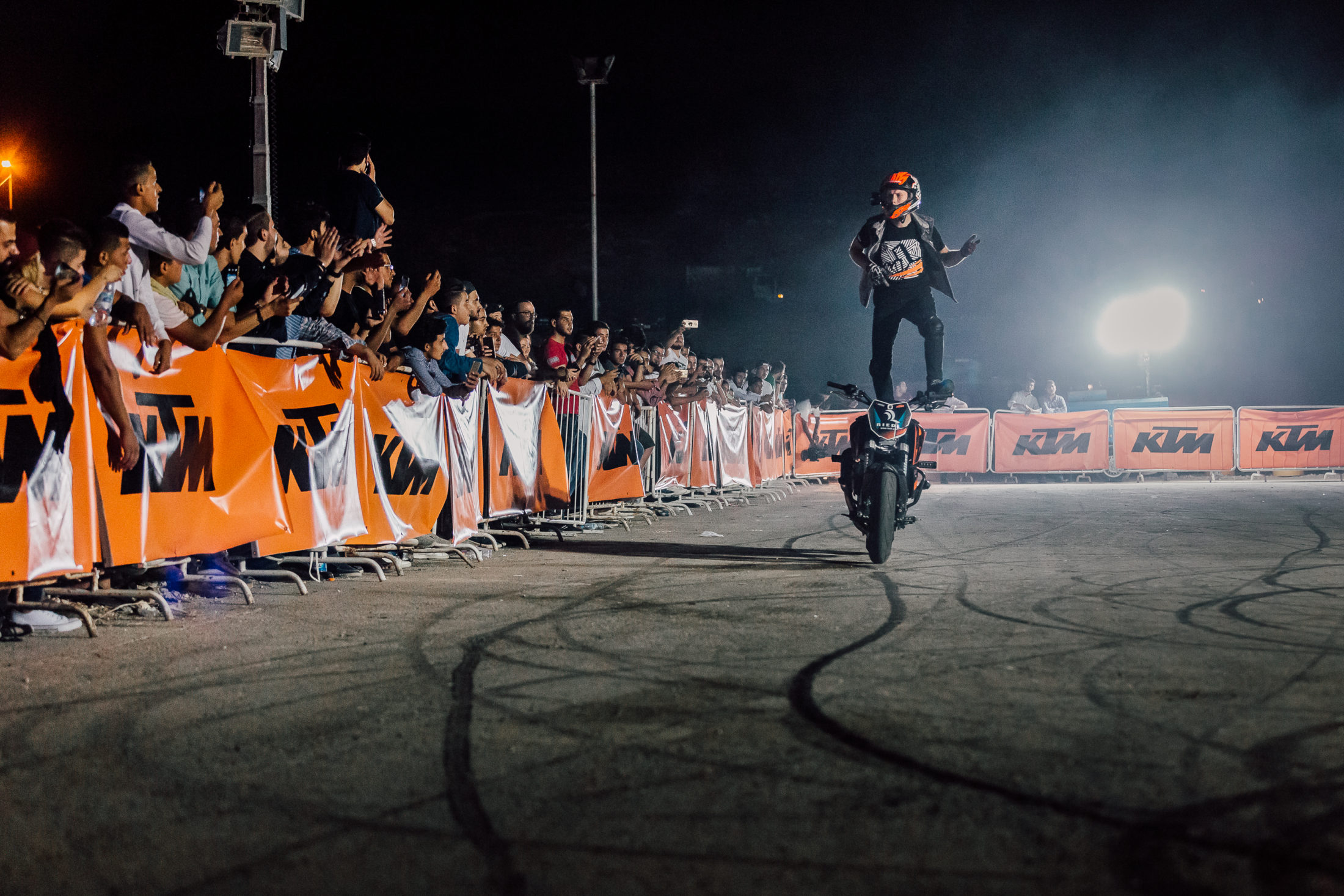 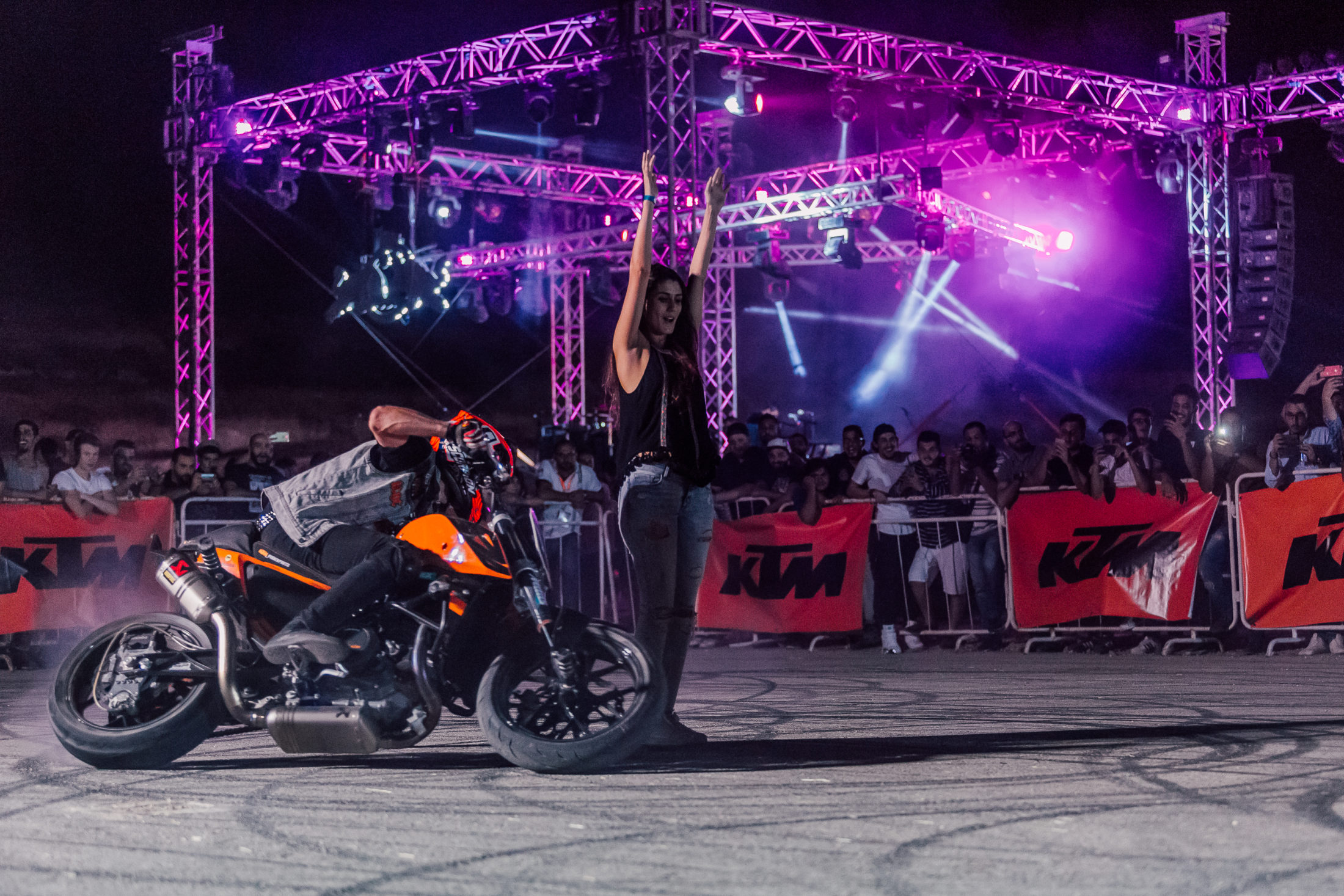 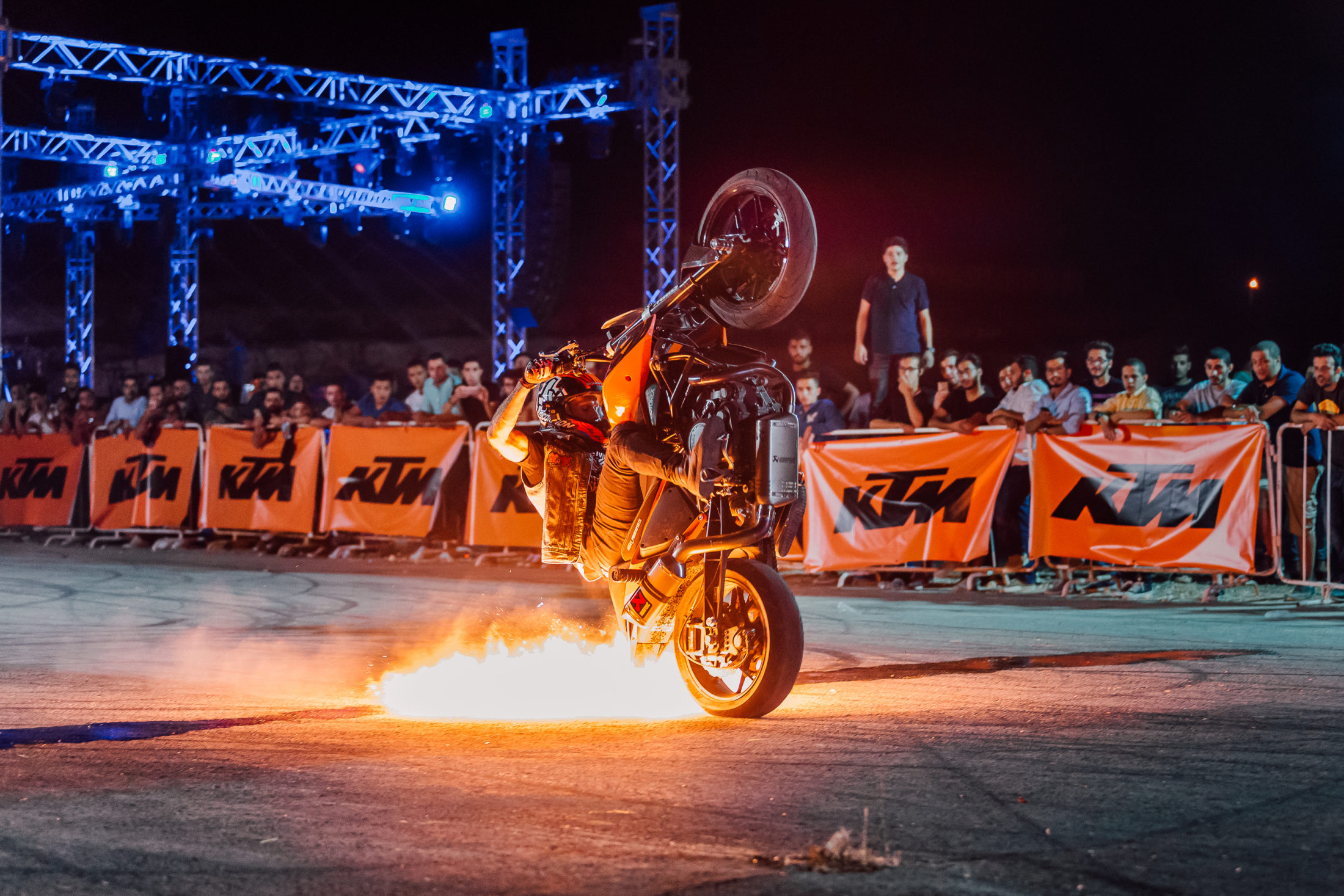 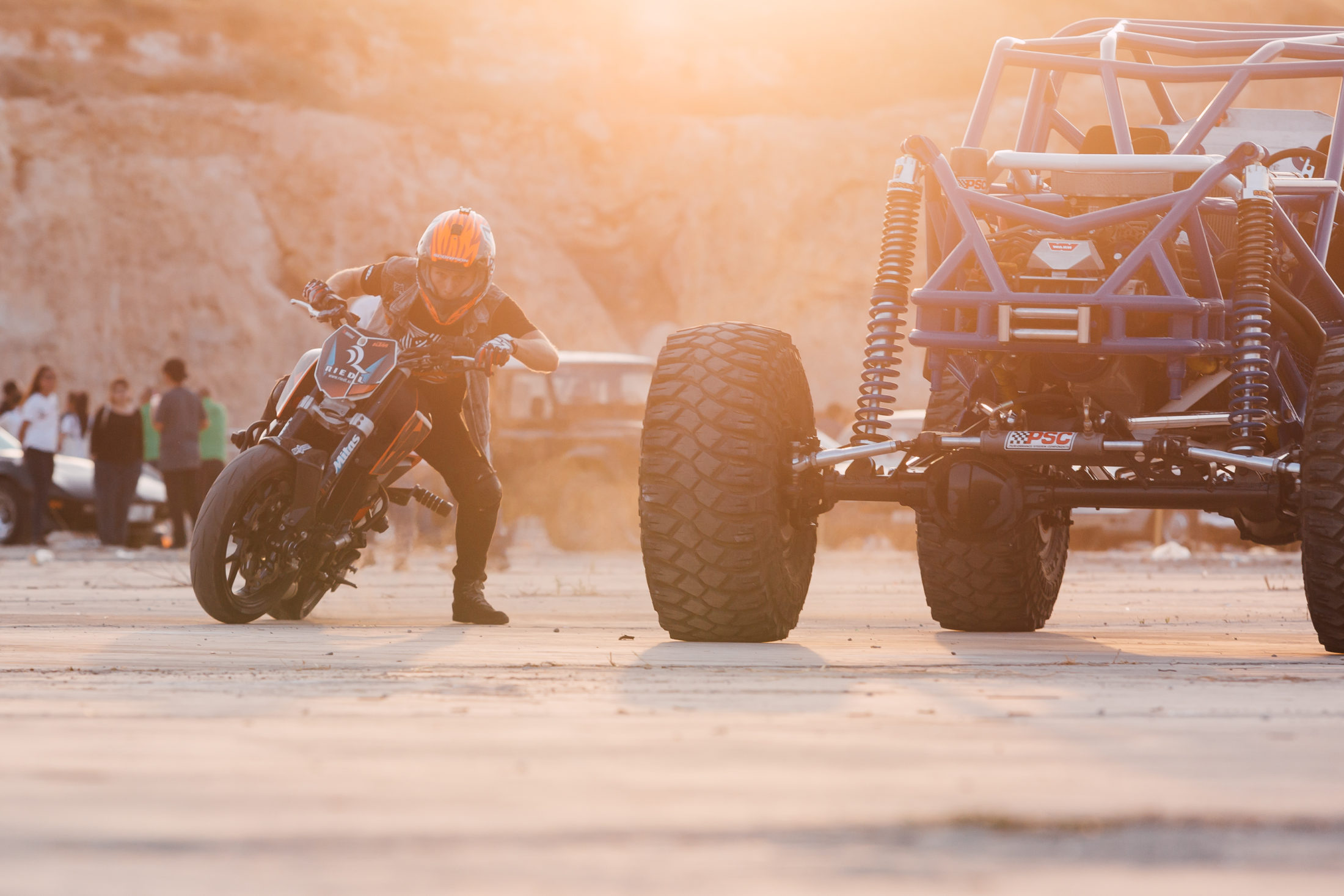 Finally, it was my turn! Well, after we repaired the cracked tank which leaked fuel😛It was damaged during the flight transport. Although I went through an extensive check on the training the night before. We were fixing it late into the night but as you see, sometimes bad luck just follows you, although you have checked everything twice.

The show went good anyways, the crowd was happy and so was I.

Dominik and Janez took some amazing shots and videos. It was nice to have them with me, not just because of the awesome material, but as friends.

Although making videos and photo material puts on a lot more stress on me than just doing a show. But as you know, I do well under pressure. 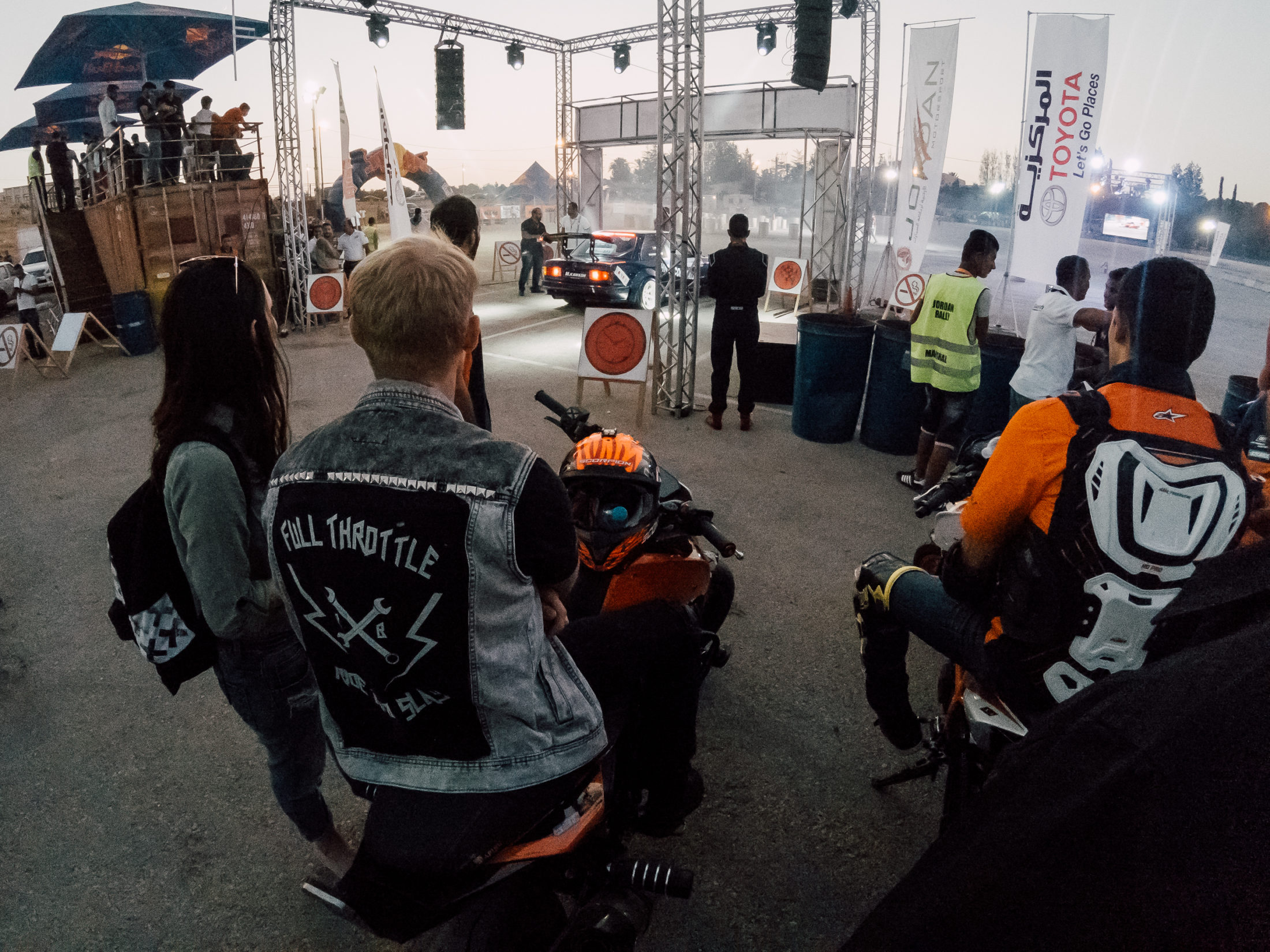 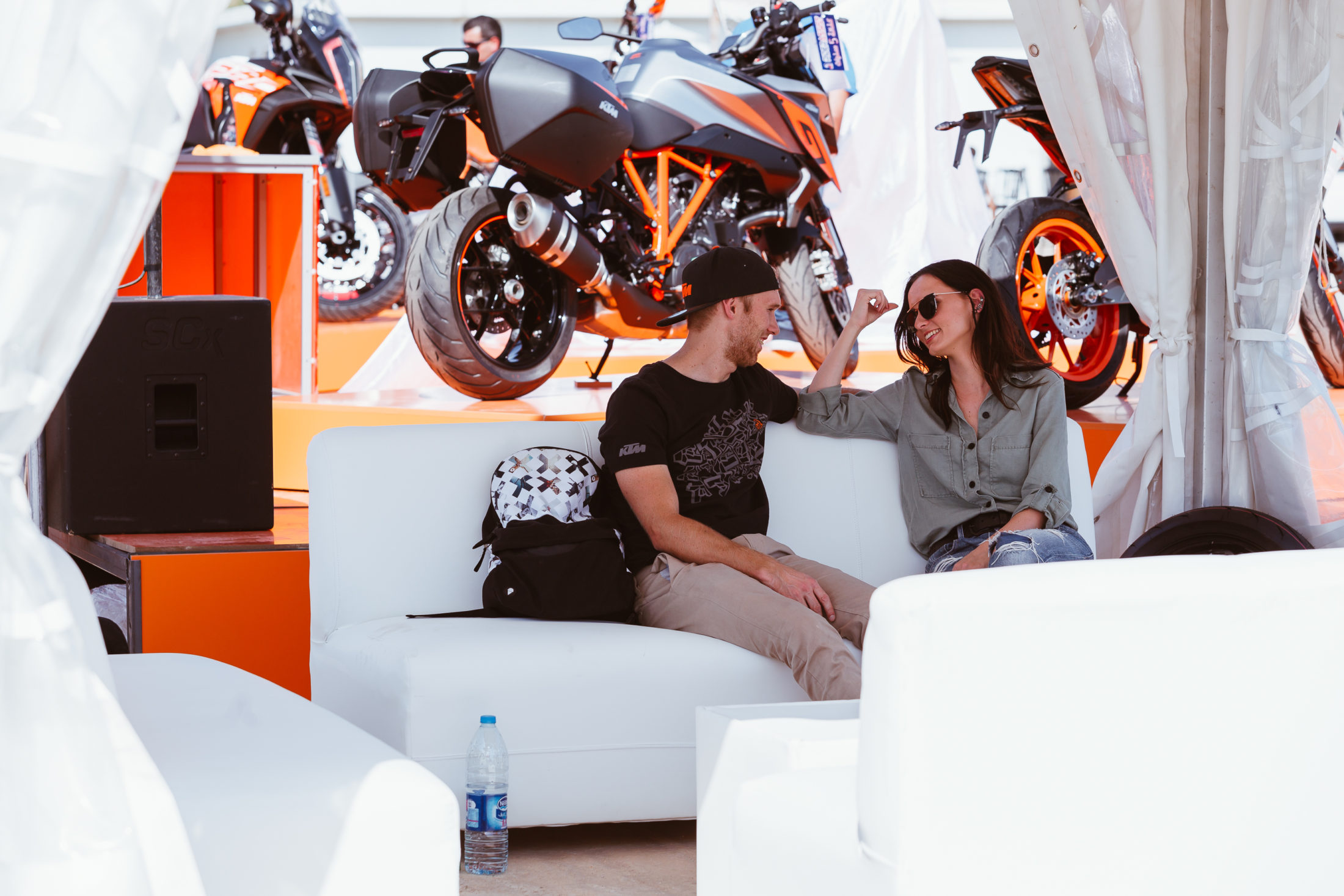 We also made a video with the new bike. Quite a different one. You see, when we arrived, they told us I am wanted by the police and can’t ride the bike on the street! Apparently we went a bit crazy the last time we were there. That put quite a hole in our plans but as always, we got creative! 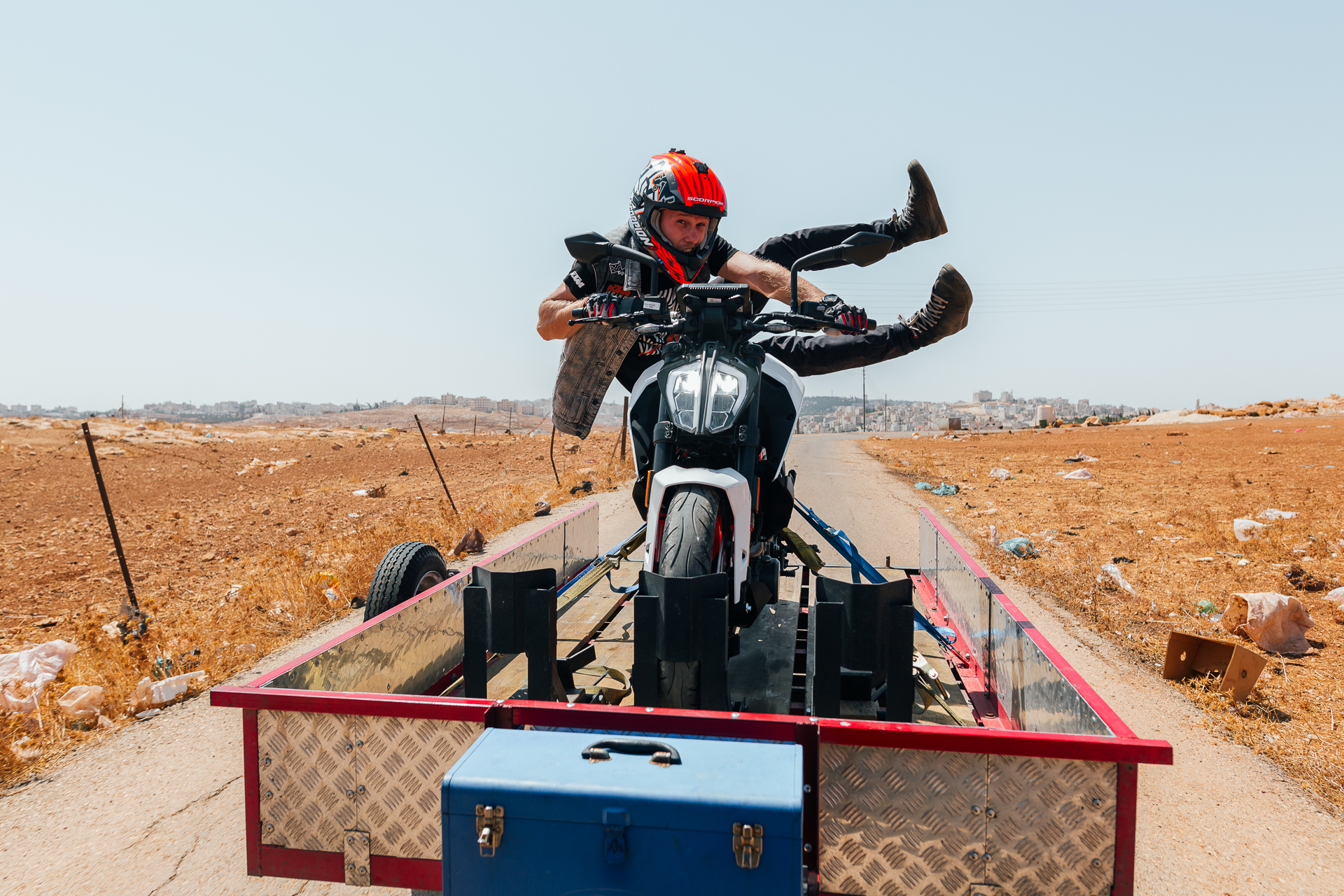 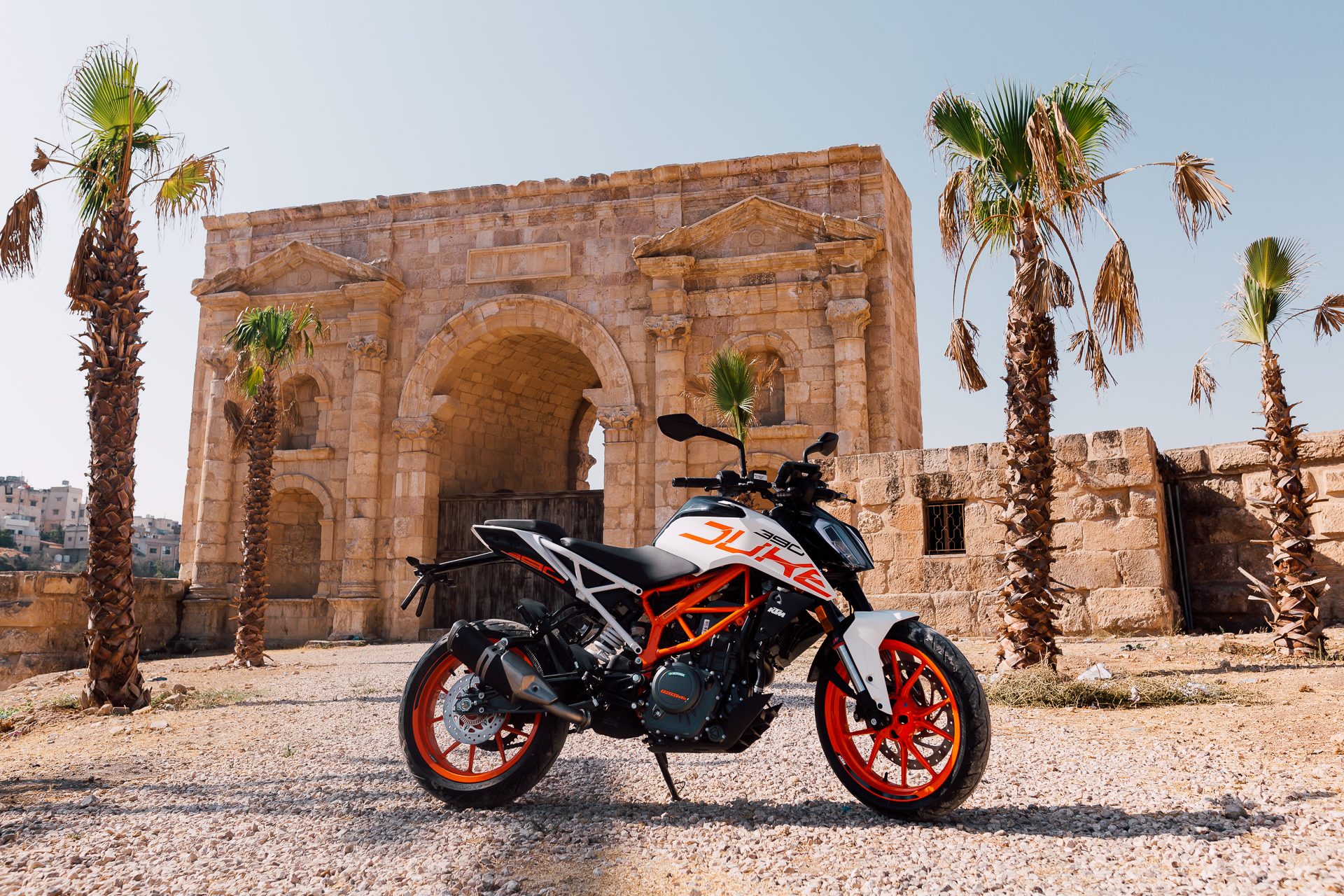 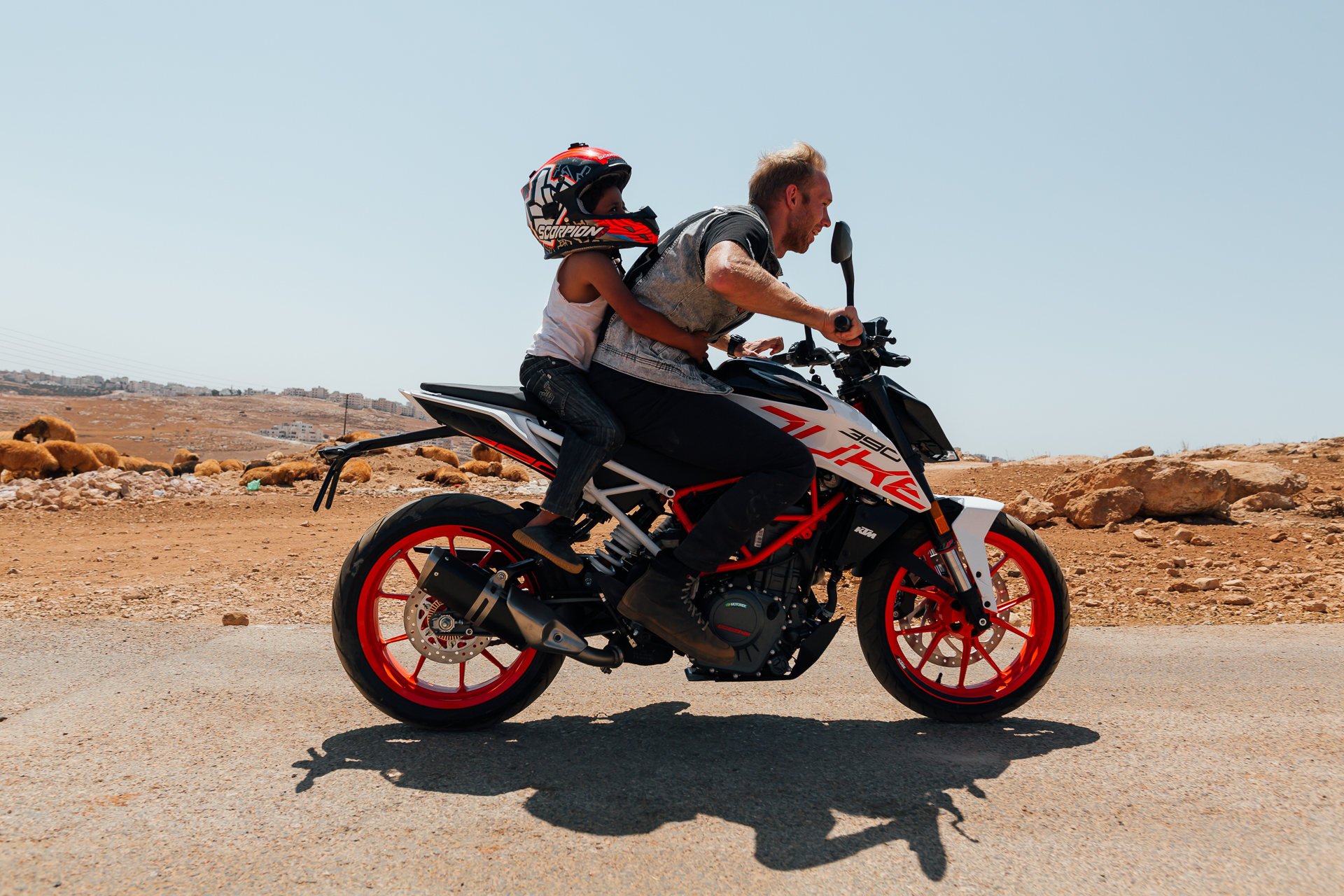 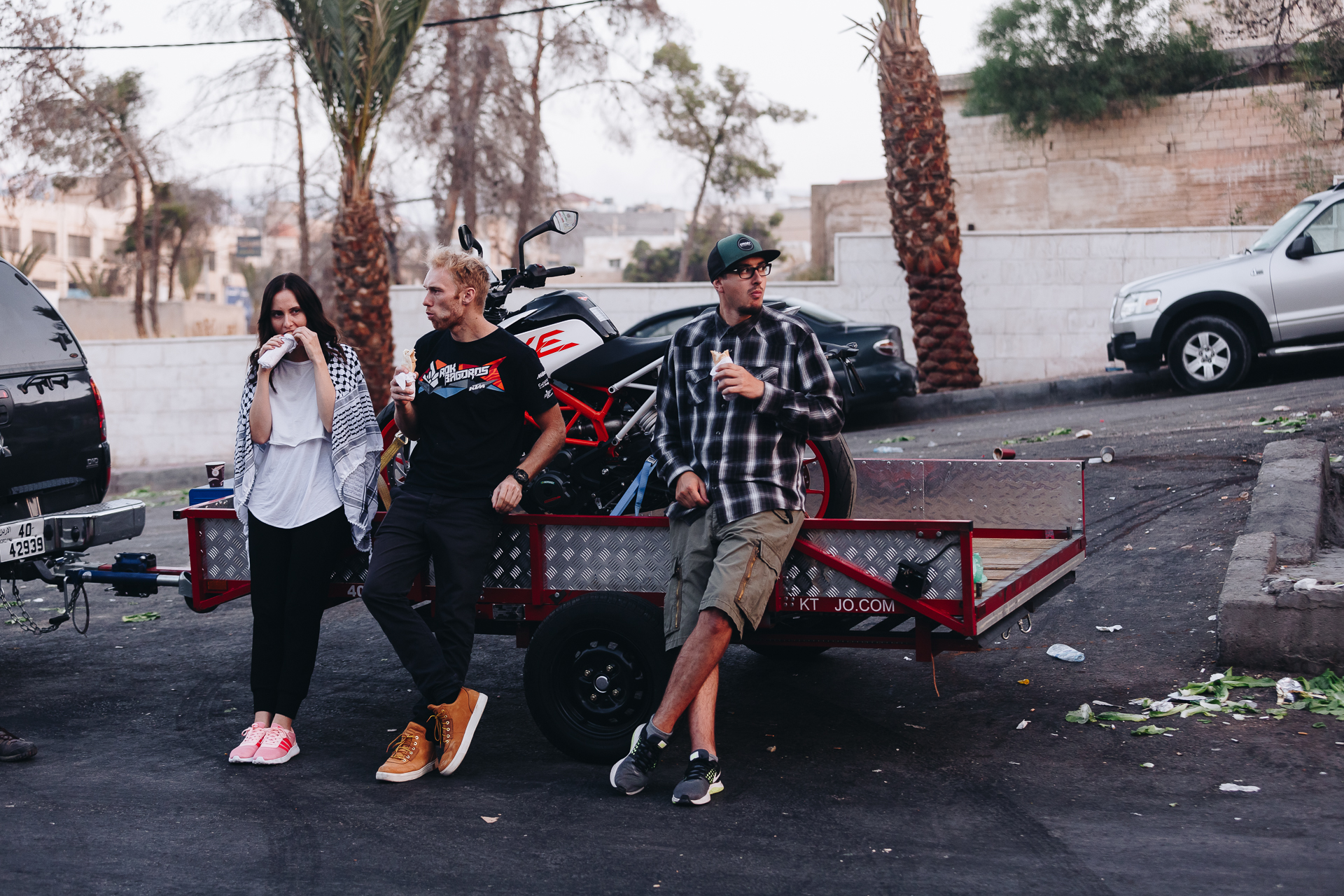 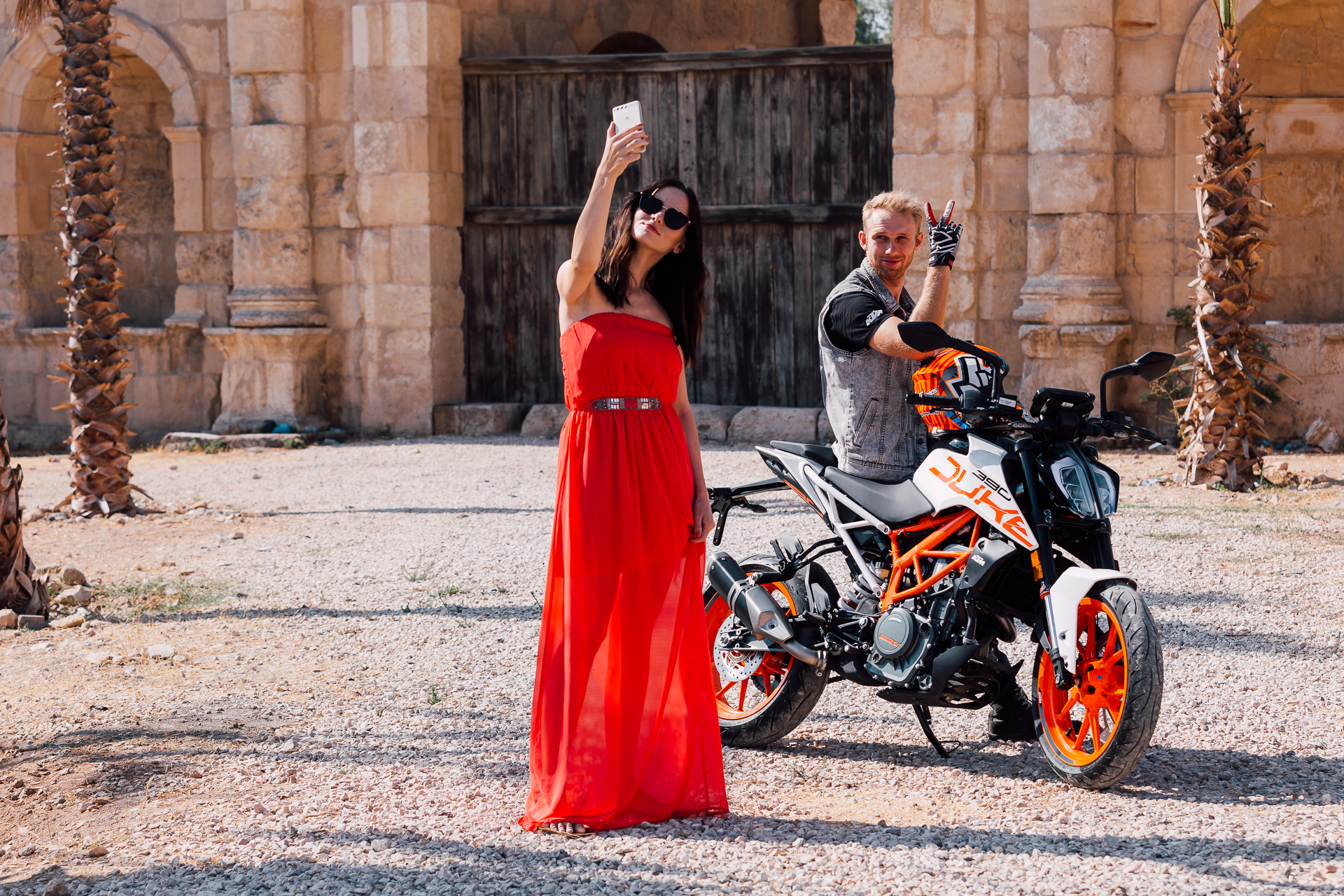 The best part – The Chill Part

Aaaaand done! The show was done, the work was done it was time to explore Jordan. We rented a car and decided to take a road trip to the Dead Sea and back, stopping in between to see the biggest sights in the country. Even the world!

After I overcame my irrational fear of the automatic car, we successfully maneuvered out of the crazy city traffic.

It wasn’t long we were on the road, stuffing our faces with 50 bucks worth of junk food. 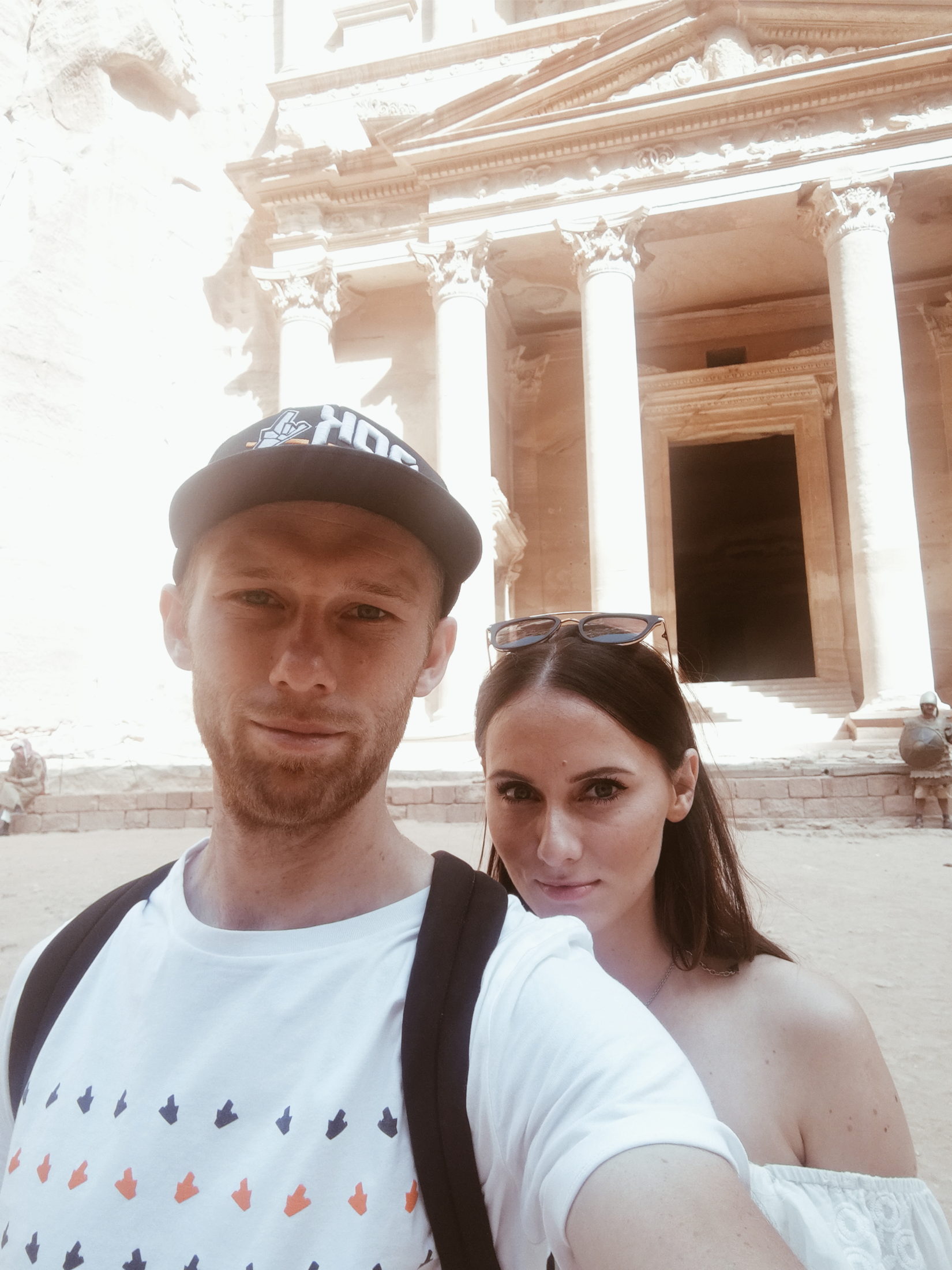 We continued our trip to the actual desert, one of my favorite places in the world! The camp manager picked us up in the jeep and brought us to the nicest camp under the stars. We rode a camel to the best sunset spot, watched the stars on the hot sand while listening to U2. I may be a freestyle savage, but I still have a romantic bone or two in my body. =p 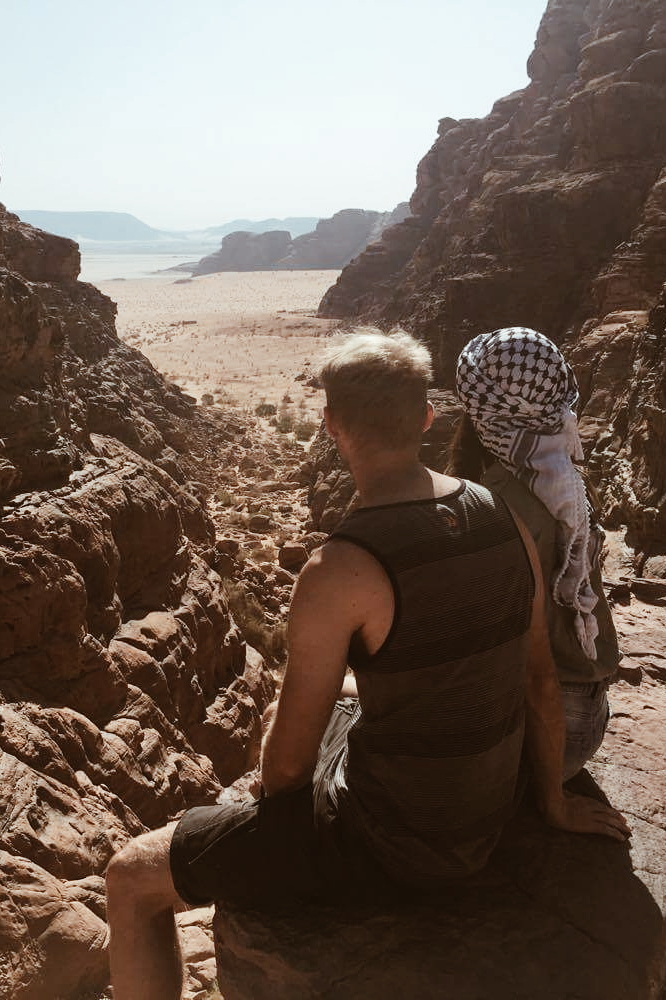 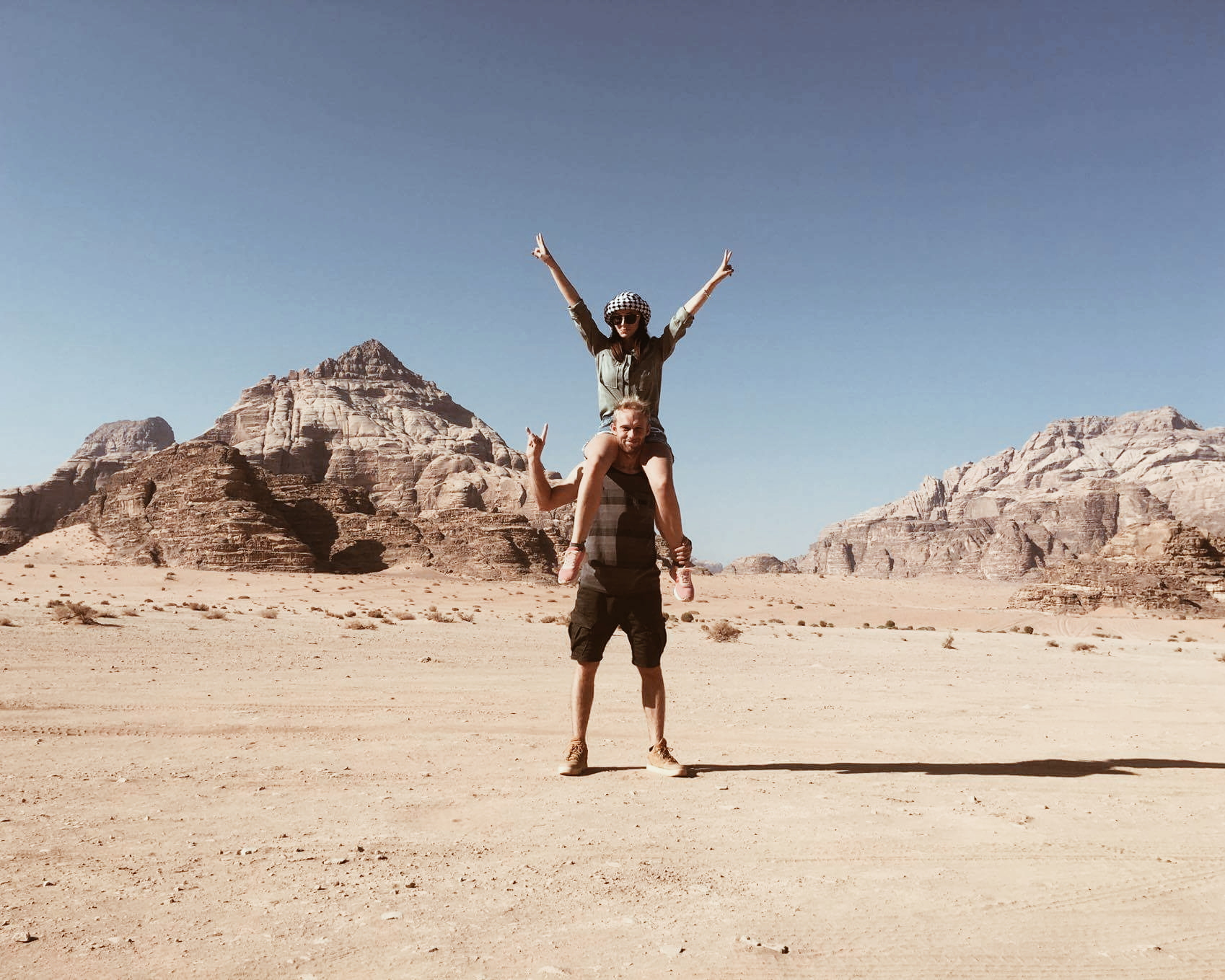 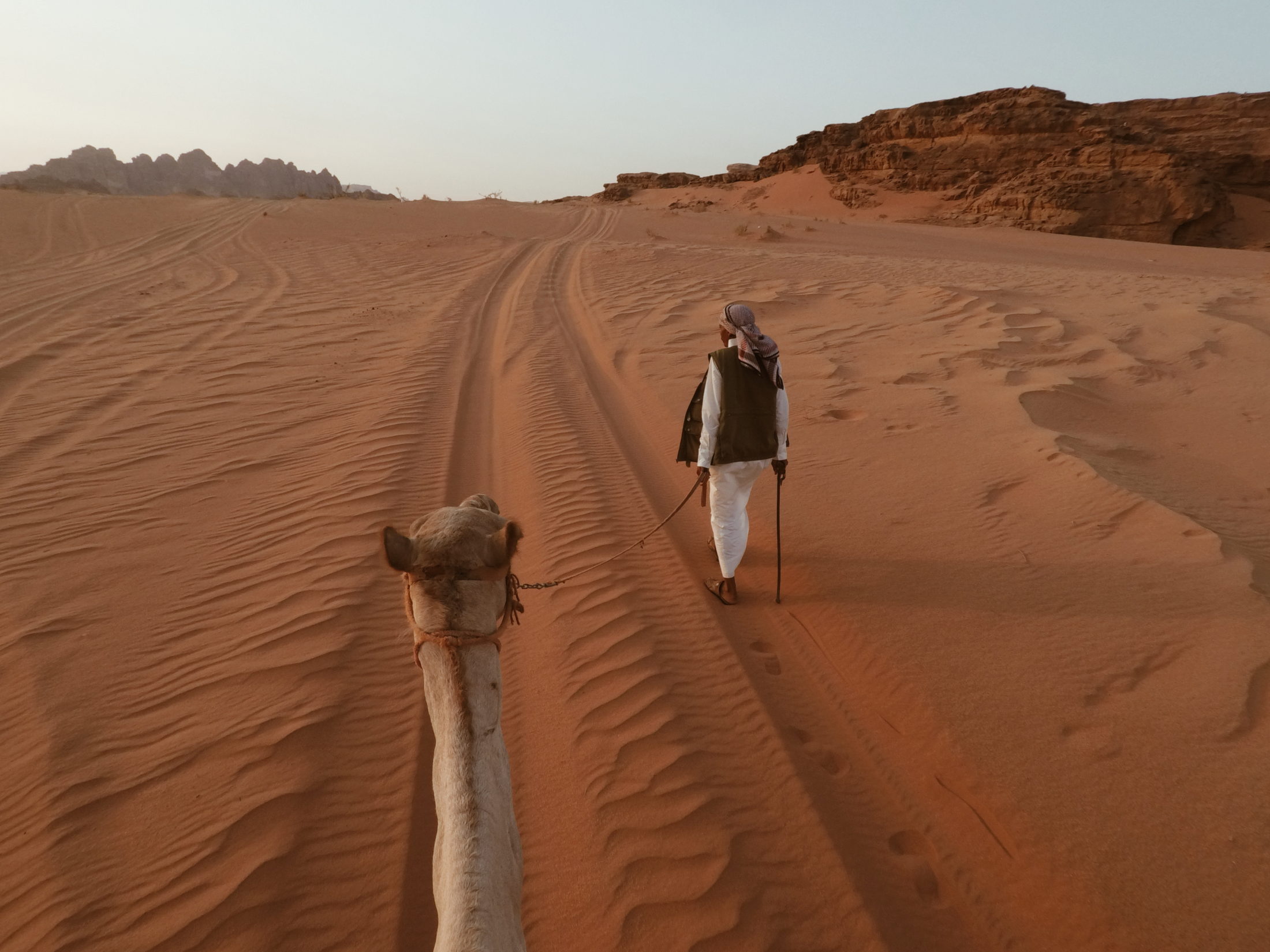 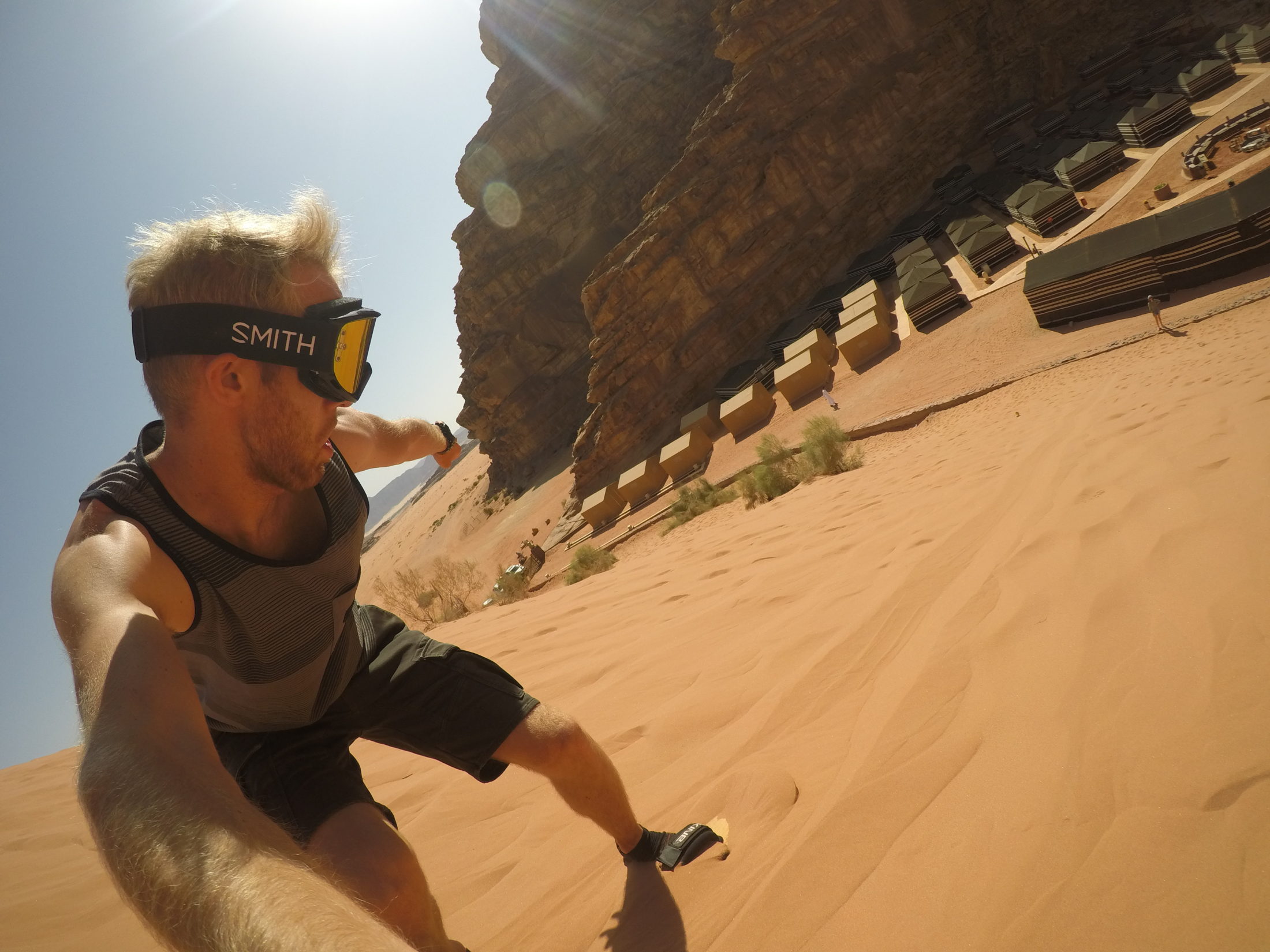 My favorite food is Mexican, but I have to say – I’ve enjoyed the food here a lot! Their specialty is lamb or chicken with rice, both cooked on a rack, lowered into a hole in the ground!

We left Wadi Rum and rode to a resort at the Dead Sea.

Three days of slathering my belly with mud, sunbathing and laying around was more than enough to relax and recharge. 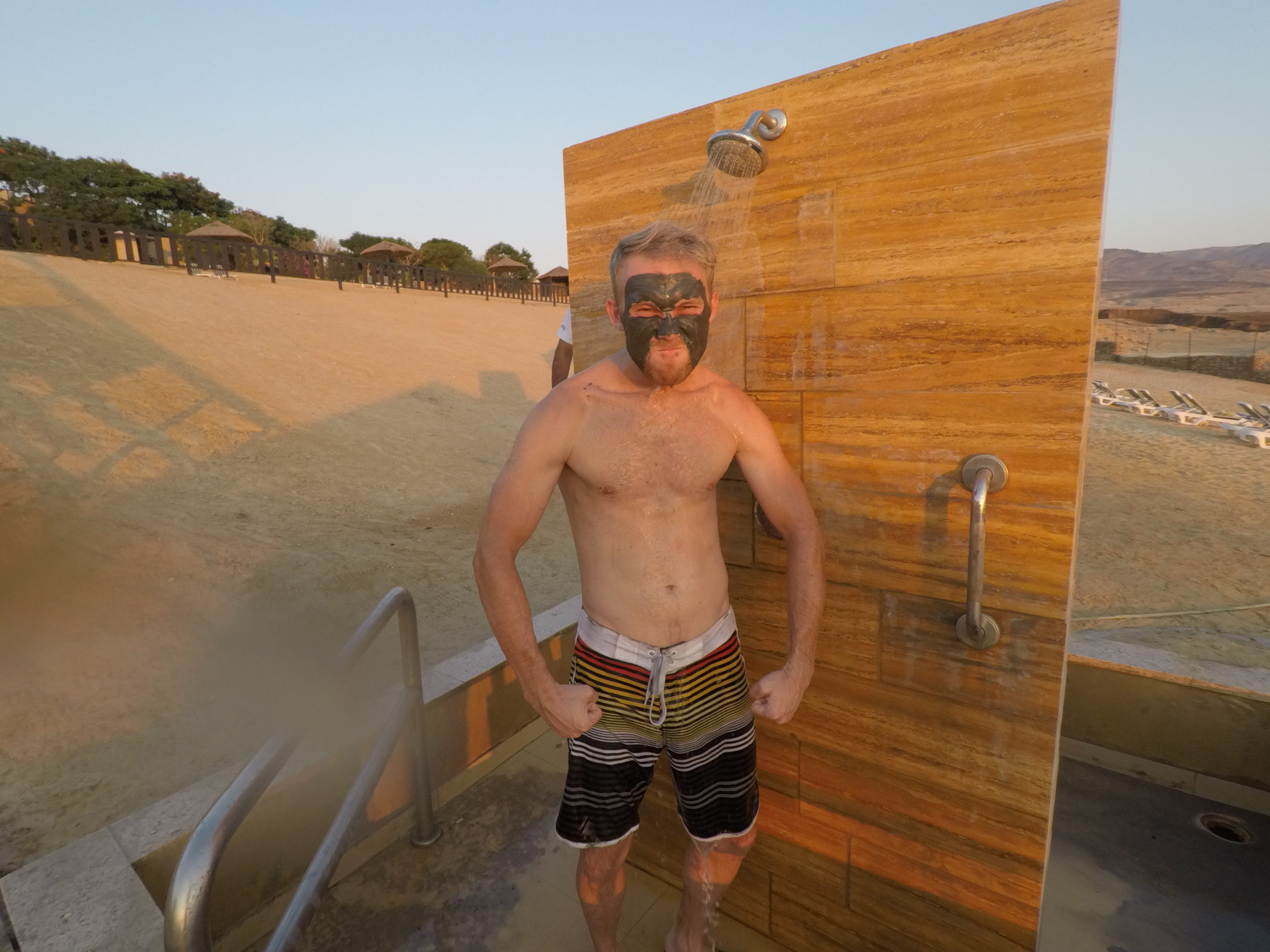 I already missed my bikes, my garage and my friends, because I have been gone all summer.

Now that I’m back, the new projects are in full-mode and I can’t wait to share them with you!

Take a look a the show, the launch and the promo video in the Jordan vlog!

Until next time, RokON!

My home away from home 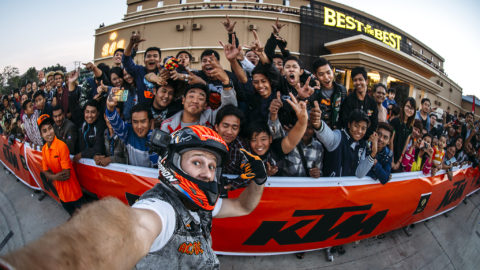